At the OpenStack Operators meetup the question was asked about monitoring issues that are related to RabbitMQ.  Lots of OpenStack components use a message broker and the most commonly used one among operators is RabbitMQ. For this post I’m going to concentrate on Nova and a couple of scenarios I’ve seen in production. 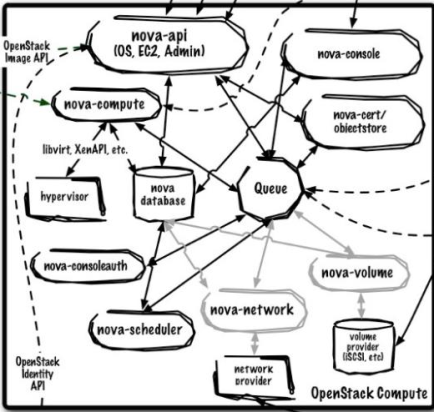 It’s important to understand the flow of messages amongst the various components and break things down into a couple of categories:

It’s also good to understand what actually happens when a message is consumed. In most cases, the consumer of the queue is writing to a database.

An example would be for an instance reboot, the nova-api publishes a message to a compute node’s queue. The compute service running polls for messages, receives the reboot, sends the reboot to the virtualization layer, and updates the instance’s state to rebooting.

There are a couple of scenarios queue related issues manifest:

Baselines are very valuble to have in scenarios 2 and 3 to compare normal operations to in terms of RabbitMQ queue size/consumption rate. Without a baseline, it’s difficult to know if the behavior is out of normal operating conditions.

There are a couple of tools that can help you out:

Here is an example chart that can be produced with the RabbitMQ diamond collector which can be integrated into an operations dashboard: 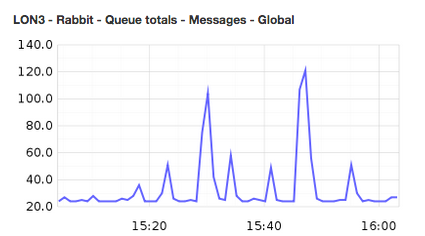 Baseline monitoring of the RabbitMQ servers themselves isn’t enough. I recommend an approach that combines the following: